How does ESET protect your computer?

03 Mar How does ESET protect your computer?

When we think of security, we worry about our houses, our business places, etc. We install CCTV cameras, security systems, hire guards, and whatnot. But do we ever think about the computer which contains every single piece of information about us? From our social media accounts to our bank accounts, from our email accounts to personal pictures. Everything is up there, so why don’t we worry about the security of our computers? Why don’t we hire a guard for our computer. One such guard is the ESET Antivirus Software. But what is an antivirus software, you might ask?

What is Antivirus Software?

Antivirus software is a tool to guard your computer against malware attacks and cyber criminals. These tools examine data, observe the programs, and warn against any suspicious activities. In case of some unusual activity, such programs take hold by either blocking or removing the corrupt data and programs.

Do we need an Antivirus?

When malware or a corrupt file is left unchecked on the computer, they wreak havoc on the system, and that is when antivirus software comes in handy. In this world full of technology, even the smallest crack in the security system can give cyber criminals access to your data. With the ever-growing security threats, it is a smart decision to stay up-to-date with antivirus software and guard your computer.

Malware attacks seem to grow gradually advanced every year. As malware is hard to detect and devices get infected without the user realizing it, it can be one of the threats to your data and your identity that we must guard.

Malware software is malicious when they interfere with computers and mobiles. They make even the simplest of operations hard by destroying or collecting data, presenting unwanted ads, and exposing devices to external commands. Every 39 seconds, somewhere around the world, a cyber attack takes place. 9.9 billion malware attacks took place in 2019 alone.

How do malware impact?

Malware affects your computer in the following ways:

Most malware often goes unnoticed in your systems. It is always a better option to take precautionary measures to detect and prevent malware infections.

Malware tends to stay hidden after infiltrating the system causing extensive damage if one doesn’t have a proper antivirus installed.

A computer exposed to virus attacks is more damaged than a computer with hardware issues. Not having a security system designated for your computer is like allowing viruses to enter your system. To save the computer and its data, everyone needs to install a defensive program against such attacks, e,g. ESET. 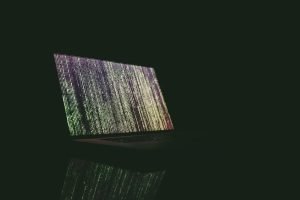 ESET is a Slovak internet security company that offers antivirus and firewall products to its customers. ESET was one of the most successful Slovak companies in 2008, 2009, and 2010. They also showed the highest worldwide growth rate within the Consumer Security industry in 2011, Gartner reported.

ESET is privately owned and has branch offices in the United States, Canada, Argentina, Brazil, Czech Republic, Poland, Singapore, and Australia. Plus, they have distributors in over 180 countries.

They started with a DOS-based program in 1987, and it catered to all the problems of the time. Then, with the arrival of 32-bit PCs, they introduced NOD32.

What does ESET offer?

ESET comes with four security plans, which can be tried free for a month. Multi-Year subscriptions get half off for the second or third years, but ESET doesn’t offer the regular discounts that other brands do.

The entry-level ESET NOD32 Antivirus covers the basics. It starts at $40 per year for a single PC, with additional installations costing $10 each. It also has a ransomware shield and comes with a gamer mode, which is usually reserved for premium antivirus products.

Next up is ESET Internet Security, which starts at $50 per year and can go up to $140 per year for 10. The licenses apply to Macs, Android smartphones or tablets, or even Linux boxes.

For Windows, they include a secure browser for financial transactions, a two-way firewall, and shields against network attacks. They also add parental controls, webcam protection, and an anti-theft tracker.

The premium ESET Smart Security Premium starts at $60 per year for a single computer and goes up to $150 for 10. It comes with ESET’s password manager and the Secure Data encryption software. But there’s no VPN, backup software, or identity-protection service, all of which other rival brands have added for their premium products.

The last option is ESET Multi-Device Security, which is being phased out and is no longer available for new customers.

The company allows you to choose between ESET Internet Security or ESET NOD32, but not ESET Smart Security Premium, for your Windows, Mac, Android, and Linux systems.

Most antivirus brands sell device licenses in bundles of three, five, or even 15, and you might pay far more than you need to. ESET avoids that with its granular pricing, but protecting more than ten systems could cost a lot more than it would with other brands.

What does ESET do?

ESET‘s malware scanner looks for threats, observing the system for strange behavior, such as unexpected changes to files. Anything mildly suspicious is uploaded automatically to the company’s lab for analysis. Malware updates get sent daily to ESET‘s 110 million consumers.

ESET can govern a system boot-up sequence, block file-less malware, find hidden scripts. Such features can be switched on and off, like the memory and exploit scanners.

It does not come with a quick scan but a full deep scan in two clicks away from the home screen. It’s a considerably fast scan because it only scans the running processes, memory, and new files. Right-clicking a file allows you to examine it, and ESET can also read the plugged-in USB drives.

When scanning, the ESET detection engine has a considerably light touch. It lets the Excel tasks finish in 9.8 seconds, a 22.5% performance slowdown, one of the smallest seen for a premium security suite.

ESET‘s antivirus and security plans quickly go through a computer when looking for threats while only slightly slowing system performance.

ESET can easily block phishing attempts, stop advanced exploits and ransomware. However, it lacks some extra features that rival brands often add to attract the clients, such as a virtual private network or a file shredder.

The program also includes a social media scanner that scans for dangerous links in Twitter on Chrome. It adds email-attachment scans, and the parental-control software can filter objectionable websites and schedule screen time.

In the tests carried out by AV-Test from March through August 2020, ESET detected 100% of the well-known “widespread” malware. But it fell short when detecting all the previously unseen malware half the time.

ESET‘s Windows products balance the scan speeds, don’t compromise on the performance, but their malware protection is average.

Do we need malware protection in 2020?

Apple systems are often said to be immune to computer viruses. Macs are definitely good at countering malware attacks by themselves, but they’re not 100%  immune. Apple themselves have suggested enhancing computer security by installing antivirus, just in case.

Microsoft has the built-in Windows Defender, which is an exceptional antivirus. The Windows Defender does not end up with loads of additional resources as it’s a built-in program. Its database gets updated regularly while keeping the latest threats at bay.

Every computer should have an antivirus installed whether it’s an Android, Linux, macOS, Windows, or any other operating system.

It’s as simple as wearing the mask during this pandemic. You wouldn’t for sure catch the virus but it’s always better to take precautionary measures. Just like that, your computer doesn’t have to get infected but just in case it does, one should have the appropriate programs to fight it off.

Was this article interesting? What would be your preferred Antivirus? Do let us know in the comments below!

And don’t forget to visit our Blog for more captivating articles like this one!

Application of Advanced Technologies on Complex Data
Provision of UI/UX and Graphics
YLEM: The origin of matter
Why Should You Have Avast Installed on Your PC?