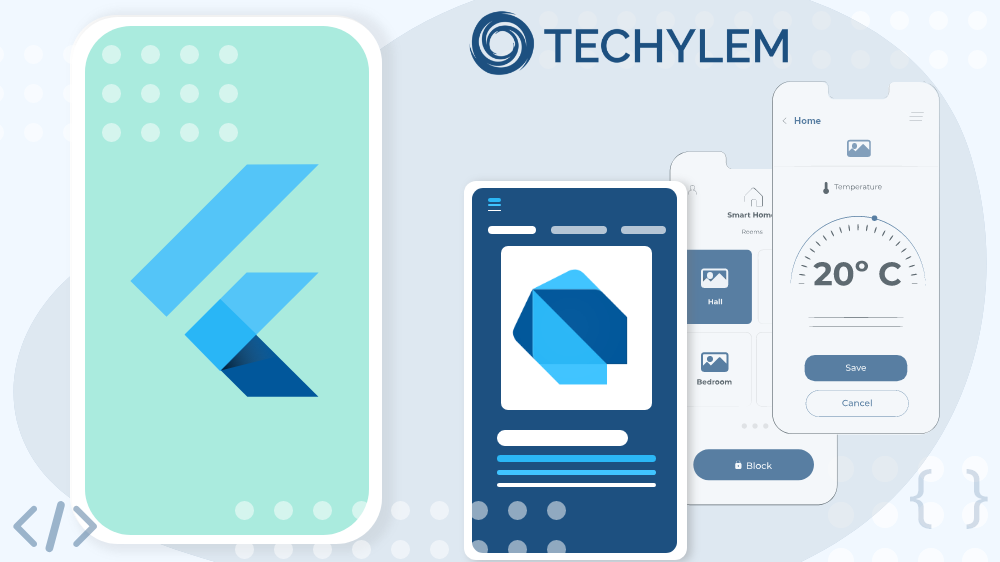 Posted at 13:15h in Trends of Technology by Zubaria Zafar
0 Likes
Share

Flutter is a modern technology tool kit for UI software development. The main use of flutter is to develop Android and iOS apps. But its other utilities include web, windows, Linux and Mac. It is made by Google as Google’s UI toolkit. However, we can use this for the development of mobile, web, and desktop applications as well from a single codebase.

Flutter was first known as Sky. Its first version, Sky, was released in 2015. Flutter Preview 2 was launched in a summit of Google Developers in Shanghai. On December 4, 2018, a stable version of flutter1.0 was released. This is now its latest version that is widely being used for the development of mobile, web, and desktop app development.

Its architecture is based on the following components:

These are the three layers of the architecture. The use of layer 1 is far more greater than the use of other 2 layers.

Widgets are the basic building blocks used in flutter’s applications. It is flutter’s biggest advantage that it has a single object model. On the other hand, other frameworks have layouts, views, controllers, and many other things to manage. A widget is the single object model of this framework that can be a structural element like buttons, navs, menus, etc or a stylistic element like font style, color, bold, italic, and the list goes on. Other than these, widgets can also be an aspect of layout like margins, padding, etc.. We can include many more things in widgets because everything in this framework is a widget.

Widgets are nested inside each other and they inherit properties from their parent widget. Hence we can perform a wide range of actions using these widgets and their property of inheritance

Google has described three main advantages of flutter. These advantages are as follows:

It provides you with full native performance in both Android and iOS. Its scrolling, fonts, navigation, and icons give you experience.

It readily builds UIs and fixes bugs. You can add features instantly and quickly experiment with the things you want to learn.

With the flutter, you can use widgets to create smooth scrolling, the motion of objects, and beautiful layouts. It will give you the liberty to design it in the way you want.

Zubaria is Publications Manager at Techylem and a research student of Masters in Information Security at the National University of Sciences and Technology, Islamabad.